PLM graduate is architect board topnotcher

When Pamantasan ng Lungsod ng Maynila (PLM) graduate Lili Anne Reyes found out that she topped the August 2019 Architect licensure exam, it was the victory that she had been waiting for so long.

Architect Reyes, an Overseas Filipino Worker who scored 83.50%, bested 262 hopefuls from United Arab Emirates, Saudi Arabia, Bahrain, Qatar, and Kuwait. Only 162 out of the 262 passed the Special Professional Licensure Exam (SPLE), a variation of the board exam for graduates who are employed but have yet to get their license. 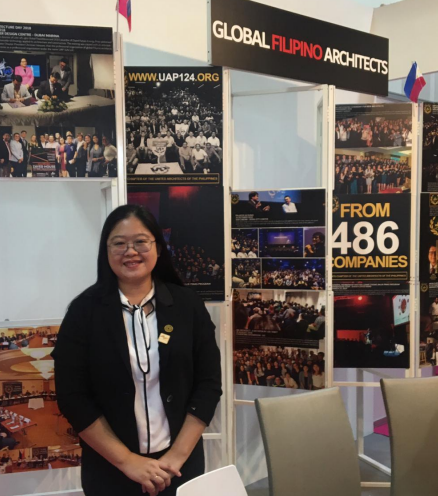 But there was a time when Reyes almost didn’t become an architect. Prior to enrolling at PLM in 2006, her mother persuaded to switch programs because they wouldn’t afford the tools needed by an incoming architecture student like her. Her scholarship, helpful as it was, couldn’t cover all her school expenses.

“Almost not an architect”

“Mama took a drafting course before, so she knew that the drafting tools and pens are expensive. She suggested that I enroll in nursing instead so I can borrow books from my relatives who are taking the same course. Thankfully, Sir Gil Evasco (now Vice President for Academic Affairs) said that the tools were cheaper now. He suggested to her giving me one year to see if we could afford it, and if not, then I could change my course,” Reyes recounted in Filipino.

Her mother, Angeles, trusted the wisdom of the professor.

So Reyes studied diligently, getting grades of mostly 1.0, the highest grade possible. “Then I got pregnant in 2011. I felt ashamed going to class, with everyone seeing my pregnant belly. But I was thankful that my professors encouraged me to continue my thesis and finish my studies. With them, I never felt that I was judged,” she tearfully recalled. She graduated a year later than her batchmates in 2012.

Within the same year as her graduation, she landed a job in Manila. She worked there for two years before migrating in 2014 to work as architect and project coordinator in Dubai, United Arab Emirates, where she is currently based.

Reyes said it isn’t easy being an OFW, but she had to work far from home to earn more for her family.  “I accepted whatever work there was to keep the income coming. I worked as a quantity surveyor, document controller, and computer-aided design operator while working as an architect. I grabbed any opportunity for as long as it had something to do with architecture so that I'll have the work experience. People here know Filipinos as resilient workers whom you can place or assign anywhere, so I did just that. I worked twice as hard for my family.”

She admitted that she needed to work hard and save enough money to come home to her eight-year-old daughter. “It’s hard to be a solo parent working for your family and be far from your kid at the same time,” she lamented.

Reyes wanted to take the licensure exam earlier so she would get a higher pay but didn't have the chance to connect with members of the United Architects of the Philippines’ Dubai-based Chapter 124, which facilitated the board exam review. When she finally did, she wasted no time reviewing for it. “The group is amazing because they would really focus on you. They know that OFWs barely have time to spare, so they maximized every opportunity to facilitate our review. That’s why it isn’t surprising that many of us passed the board exam,” she said.

“I only found out about the results from a fellow reviewee who called me on September 17 during my lunch break. He told me, ‘Congratulations, Lili. You passed! You topped the exam!’”

“I refused to believe it at first, because some of them would often joke about that. He said that the group was flooded by greetings for me. So when I checked our online group, I saw that results were official. I couldn't believe it. I was speechless,” Reyes said.

“I called my parents after confirming the news. I remember that I used to pray that Papa's birthday on September 22 would come with good news about my passing the exam. Because that would be a way for me to return the favor to my parents. I'm truly grateful for them. I wanted them to be proud of me, that’s why this honor is for them,” she said in a trembling voice.

Reyes’ mother was elated to receive the news. “During the weekly tests during their review, she always ranked first. I would tell her that while we couldn’t help her with her finances, we are always praying for her safety and success,” Angeles said.

Her father, Arturo, was equally glad that their efforts paid off. “We used to send books from Manila to Dubai to help Reyes with her review. Even my granddaughter pitched in. Every night, before Lili’s daughter goes to bed, she would send a voice clip to her mom to say ‘I prayed to God so you will top the exam, Mom’. That’s why my granddaughter is just as proud as we are,” Arturo shared.

Prior to getting her license, Reyes as part of a team has produced award-winning designs such as the 2015 Middle East and North Africa Interior and Design Architecture Award, and five 2019 International Property-Dubai Interior Design Awards. 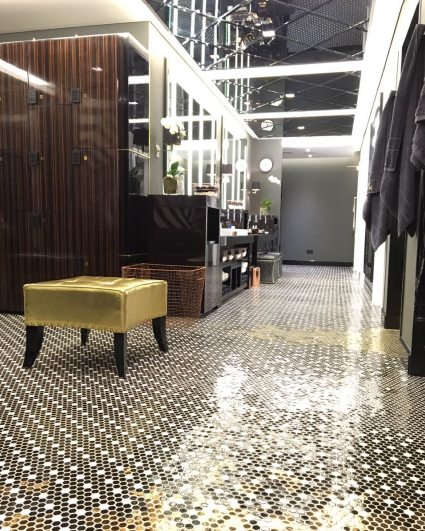 “An honor to PLM and City of Manila”

In a phone conversation, PLM President Emmanuel Leyco greeted Reyes. “We at PLM congratulate you for giving such honor to the university. You’ve made the City of Manila proud! The entire country is reminded that PLM is a top performing school because of your achievement. Thank you to you, your family, and to all that made this triumph possible,” he said.

When asked about her return home, Reyes admitted that she still needs to save money so she can come home for good and hopefully work as an instructor. To this, President Leyco said, “You are always welcome to return and teach here at PLM. It would be an honor for us to have you here.”

Pamantasan ng Lungsod ng Maynila is a premiere university that has consistently garnered a 100% passing rate in licensure exams. Since 1965, it has produced competent and socially responsible graduates who have contributed to nation-building. For more information, visit plm.edu.ph.