The Pamantasan ng Lungsod ng Maynila lost three members of its community in the past two weeks. Yesterday, April 2, 2020, PLM together with Manila City Mayor Francisco “Isko Moreno” Domagoso paid tribute to three men who brought pride and honor to the university through the exemplary lives that they lived.

The two young doctors also completed their undergraduate degrees in PLM. Dr. Israel took up BS Chemistry while Dr. Nicko took up BS Psychology. Both of them lost their lives in the midst of performing their sworn duty to save lives.

Mr. Domingo “Menggie” Cobarrubias, a veteran actor and former PLM consultant, succumbed to COVID19 last March 26. A patron of the arts, he contributed to the development of programs for PLM’s Tourism students. On special occasions, he used his talents as a host and performer to bring joy to the PLM Community.

The program started with a prayer led by Dr. Flordeliza Ferrer, Assistant Vice President for Academic Affairs and former professor of Dr. Bactol. Short video memorials for the three honorees were shown, followed by a message from Dr. Angie Alabastro, Dean of the College of Medicine. She expressed extreme sadness on the loss of the two young doctors who faced the risks of service and exhibited courage until the very end.

Mayor Isko extended his condolences to the families and promised them that the City Government will honor their sacrifices by giving better services to the people. He also expressed his intention to personally meet the Bactol, Bautista, and Cobarrubias families after the city and the country gets through the COVID19 pandemic.

Dr. Nicki Bautista shared a few words in memory of her brother. She lauded Dr. Nicko’s courage to accompany a patient on a medical evacuation flight at the height of the pandemic despite the high risks involved. According to her, the value of service was instilled in them by their PLM education, from college up to med school. While their entire family feels great pain from the loss, she is confident that they will get through it since they already have a guardian angel watching over all of them.

At the end of the program, President Leyco thanked the families and promised them that the sacrifices made by the Dr. Israel and Dr. Nicko will not be in vain, and that their examples will inspire the PLM Community to continue its service to the country -- “Sa ngalan ng PLM, makakaasa kayo na ang kanilang ginawa ay hindi masasayang. Ngayon pa lang ay nagsisilbi na silang inspirasyon sa ating mga kaguruan at mag-aaral… Ang ginawa nila ay magandang halimbawa, bawat araw ay gugugulin namin para makapaglingkod”. 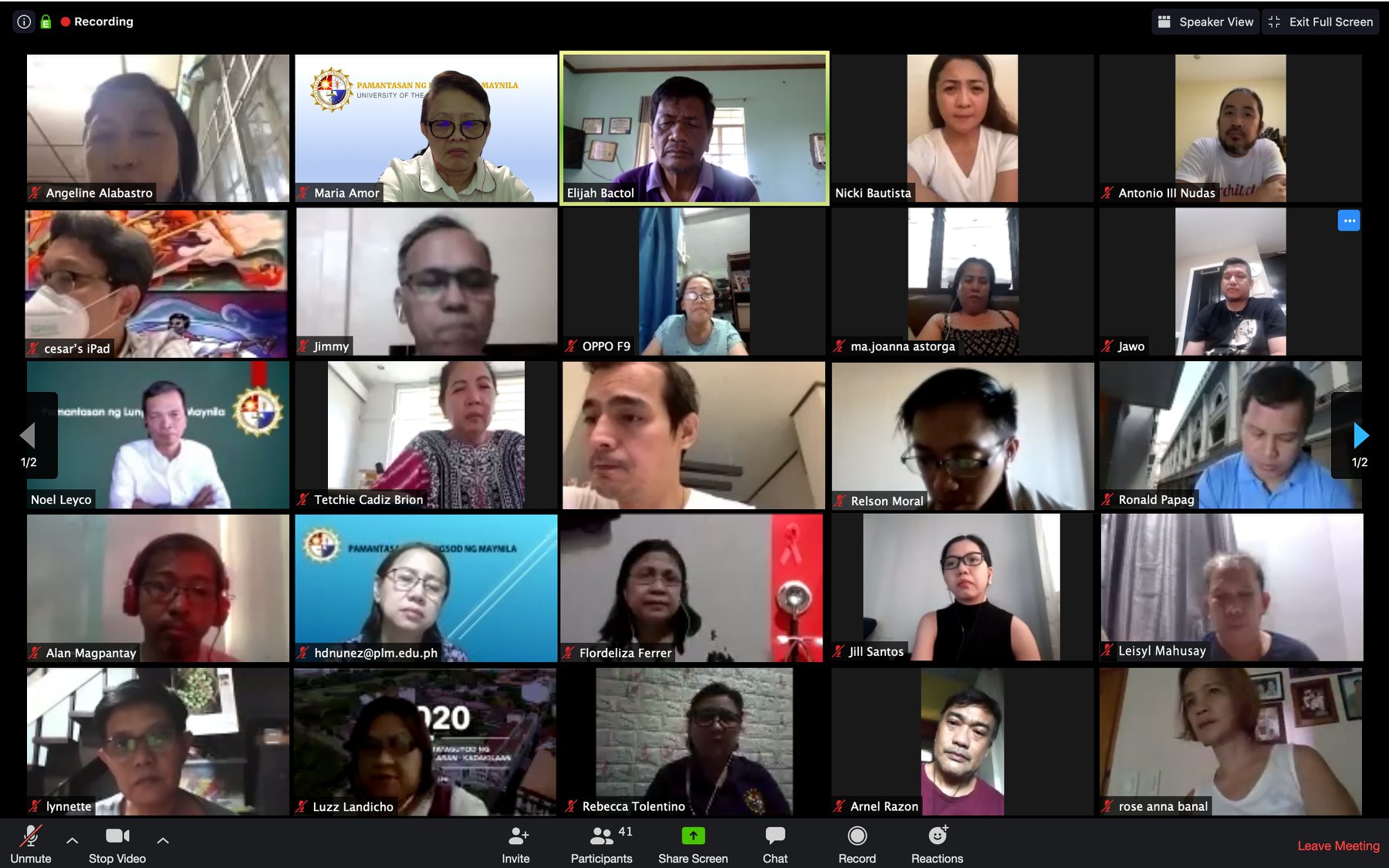 The PLM Executive Committee led by President Emmanuel Leyco together with Manila Mayor Isko Moreno Domagoso and selected college deans and faculty spoke with representatives from the families of Dr. Bactol and Dr. Bautista.